The Beatles weren't the only Brits to invade the United States in 1964. With umbrella in hand, a charming British nanny named Mary Poppins flew into our hearts that year, bringing with her a world filled with magic and whimsy. 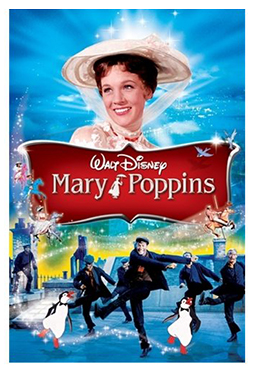 As the 50th anniversary of the release of Mary Poppins approaches next month, I recall the wonder of this lavish, altogether charming 139-minute musical fantasy as if it were yesterday. I loved every bit of it: Bert and his one-man band, those lively chimney sweeps dancing over the rooftops of London, Uncle Albert and his irrepressible laugh and Mary with her sweet RX, which could make any task "a snap!"

I love the brilliant score of Mary Poppins. As for those wonderful songs, even though I was studying classical piano at the time, my dear piano teacher, Dr. Arnold Bullock, was all for adding some whimsy to my repertoire. Along with Mozart and Beethoven, he helped me learn the entire Mary Poppins score. Yesterday, I sat down at the keyboard and actually remembered how to play Chim Chim Cheree! 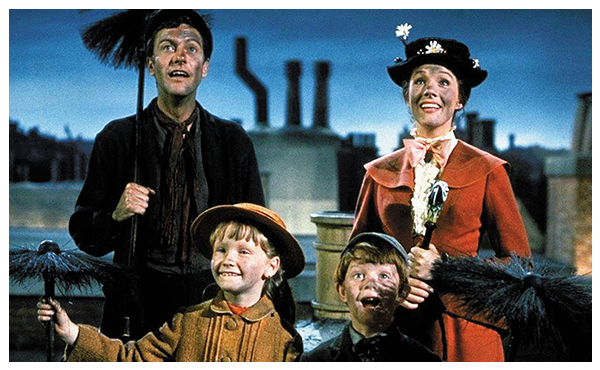 Practically Perfect, in Every Way! 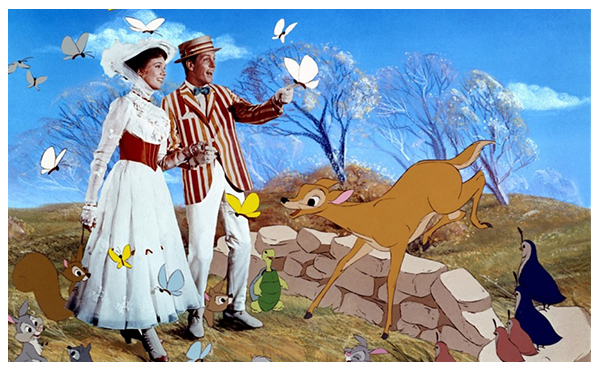 I asked some of my contemporaries for their memories of Mary Poppins. Katie Chambers, said:
"How could you not fall in love with Mary Poppins?!  She made everything better with a spoonful of sugar! The most wonderful music, and who can forget Supercalifragilisticexpialidocious!"

I'll leave you with The Making of Mary Poppins, which was produced for the 40th Anniversary of the film's release. It's a great behind-the-scenes look at how this magical extravaganza came to be. I'm also including trivia and links to some of my favorite musical numbers. Have fun sharing them with your children!

Please comment below with your own memories of Mary Poppins and how you've shared this classic with your kids.

The Making of Mary Poppins

Hint: What makes the medicine go down?
Categories: uncategorized
« back to all blogs